The patient was referred in a stable setting.

Left ventricle function was normal, and there was no evidence of additional structural abnormalities.

The coronary angiogram was relevant for diffuse involvement of the proximal and mid LAD with two focal stenosis involving the origin of two diagonal branches. Other than a mild lesion on the mid-RCA, no obstructive disease could be demonstrated in other locations (Video 1).

Invasive functional assessment with an OMNIWire® pressure guidewire and using the SyncVision® software – to allow for co-registration – was performed to guide therapy (spot PCI vs PCI with long stenting extending from the proximal to the distal LAD vs CABG).

The pullback corresgistration curve showed two focal gradients, with the most important at the level of the more distal lesion (Image 2 and image 3). The virtual PCI of this lesion, estimated a final IFR of 0.93 (Image 4). In order to avoid compromising future treatment options (give patients age, in case of disease progression) e proceeded with focal PCI with a paclitaxel drug eluting balloon (Image 5). 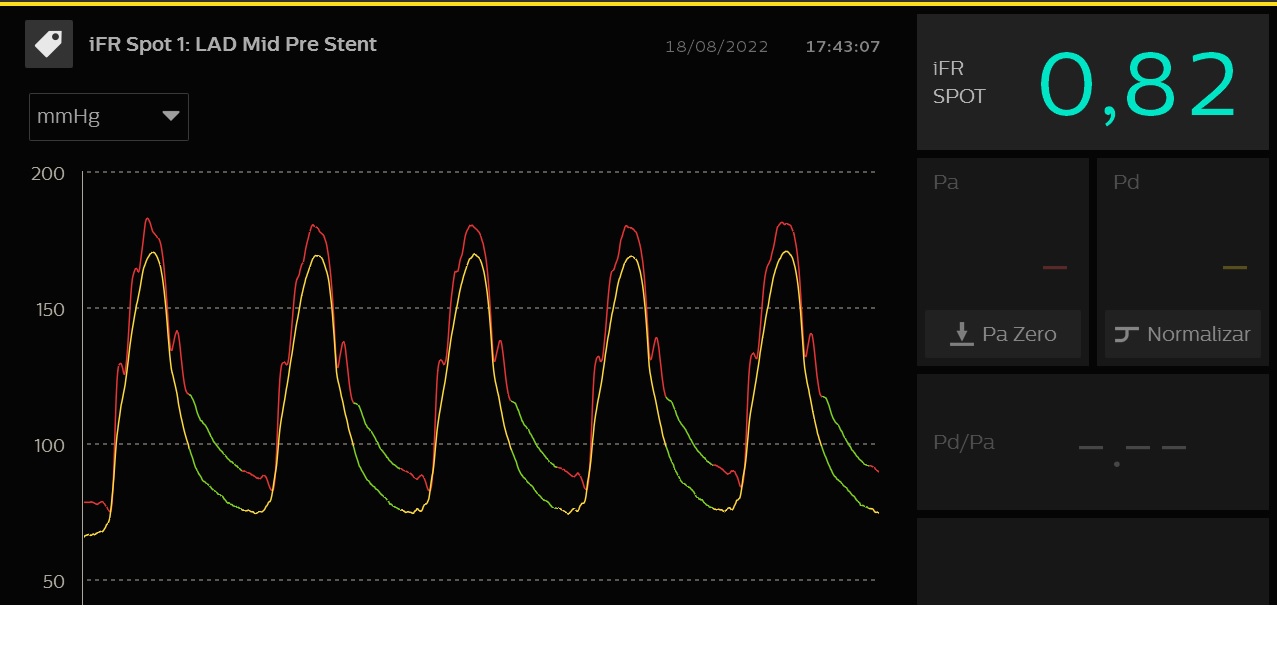 Image 2: Baseline iFR distal do to the mid-LAD lesion. 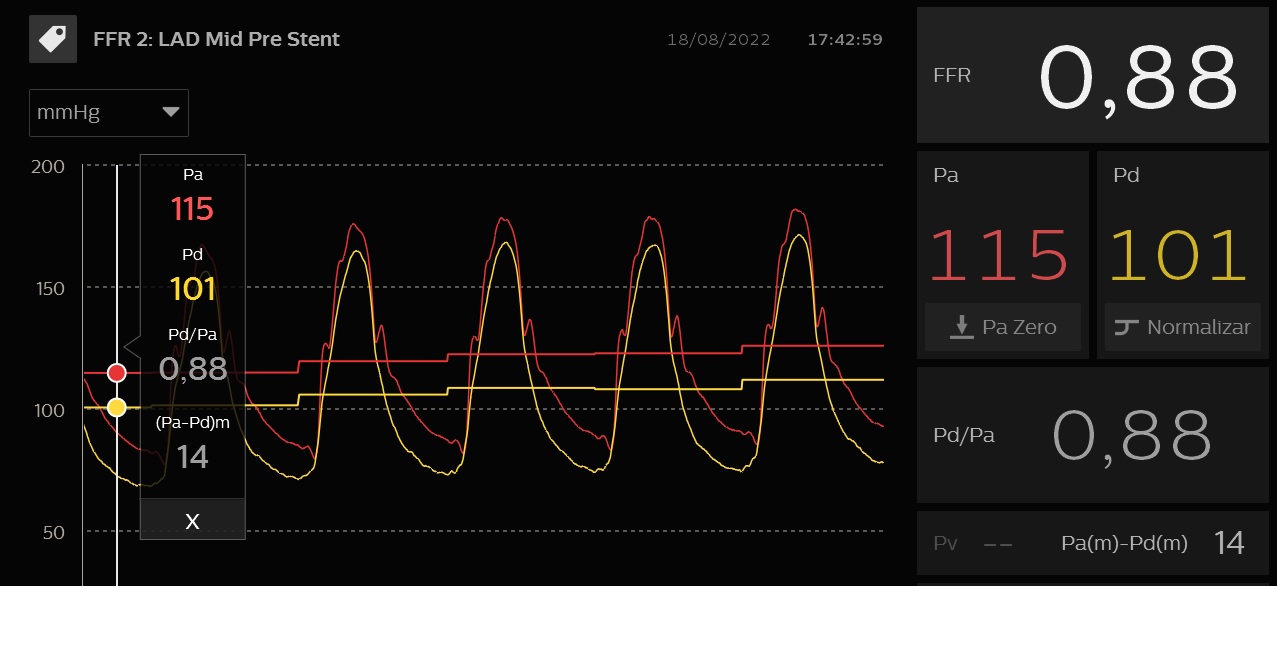 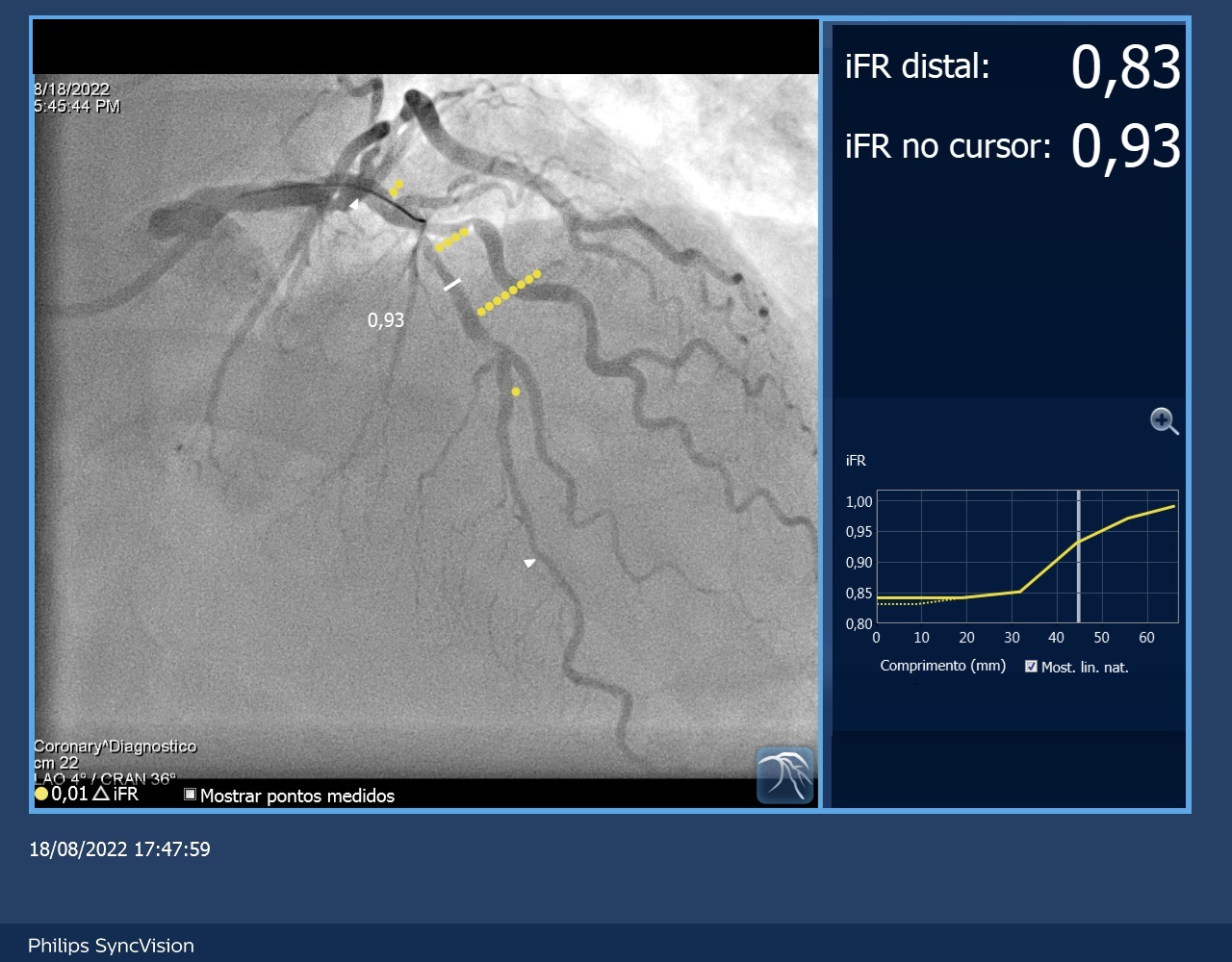 The lesion was prepared with a 2.5/10 mm non-compliant balloon, followed by plaque modification with a 2.5/10 mm cutting-balloon and, finally a 2.5/18 mm paclitaxel-eluting balloon was applied. A type B dissection was identified (video 6), without accompanying ST segment abnormalities, chest-pain, or angiographic progression within 10 minutes. This was considered an acceptable result.

Image 6: Final angiogram of the LAD in the cranial projection 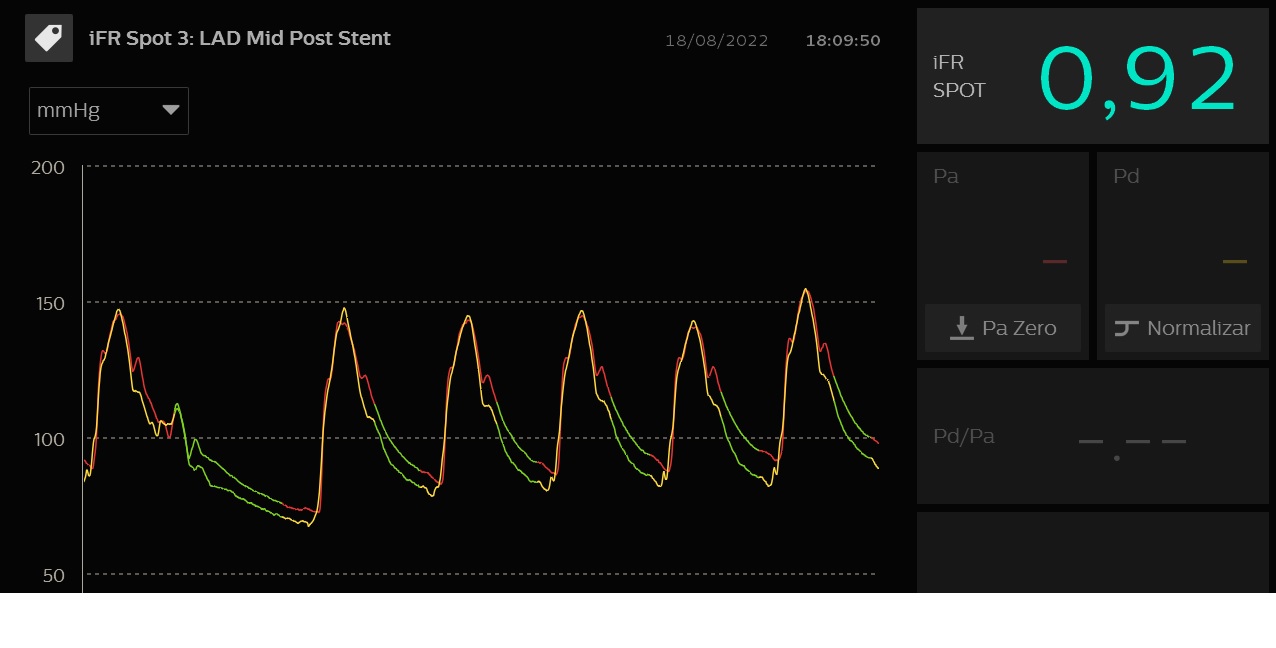 The final functional assessment showed an iFR of 0.92, as predicted by the baseline virtual PCI (0.93).

The patient recovery was uneventful, and he remained pain-free and with a negative non-invasive assessment of ischemia (perfusion MRI) at the 3-months. 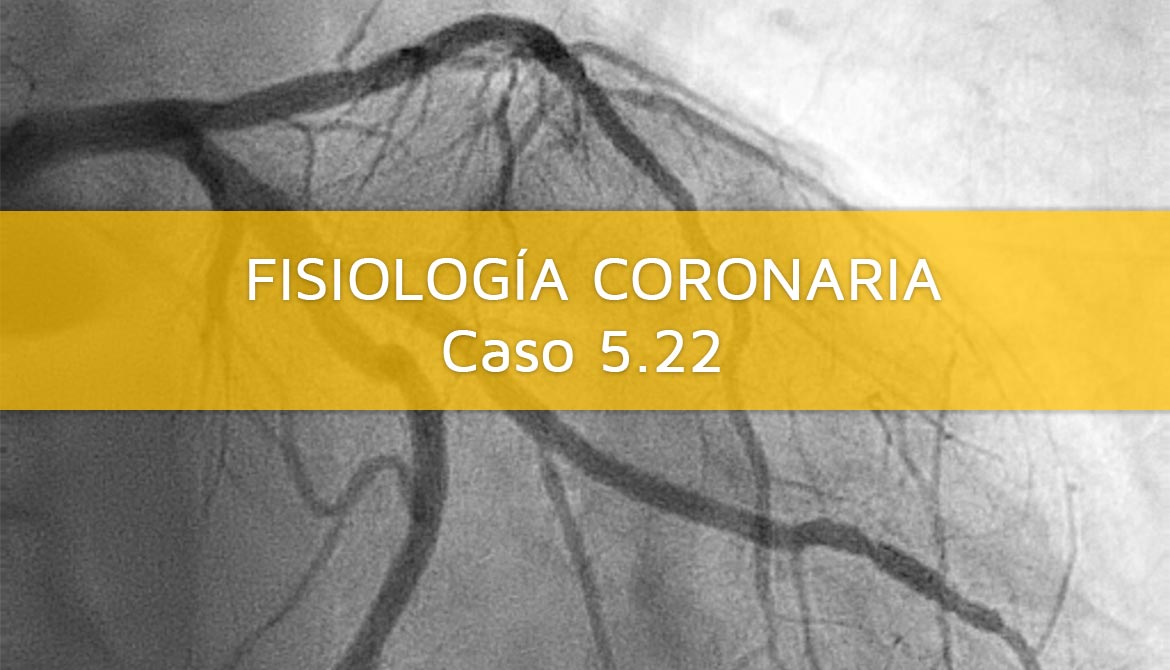 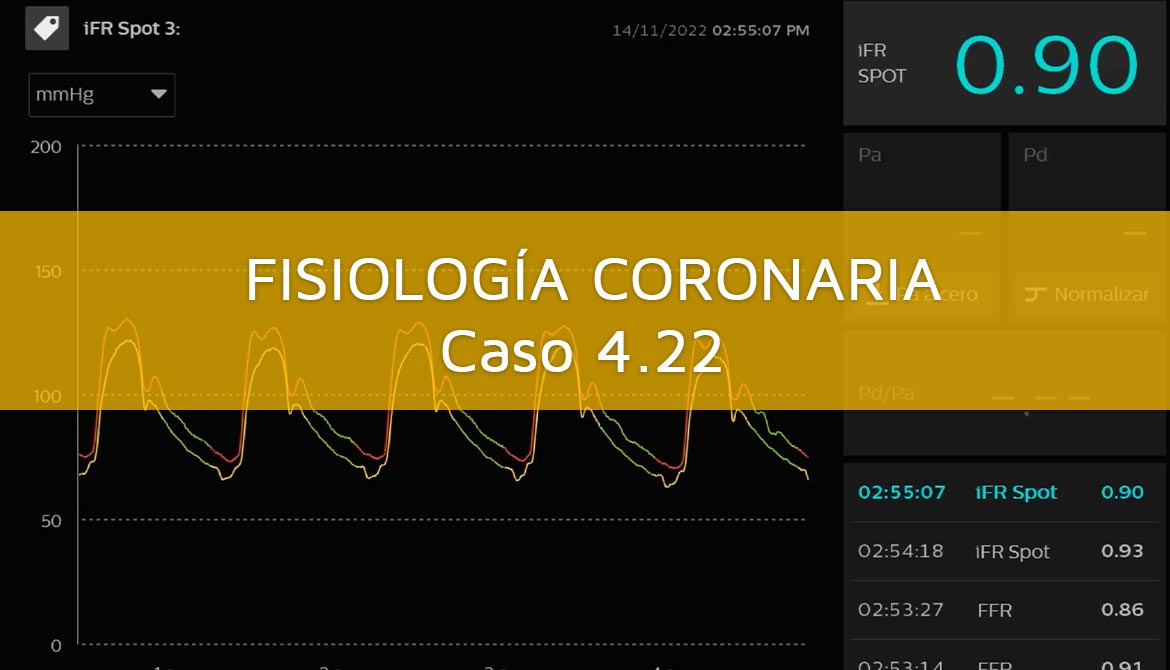 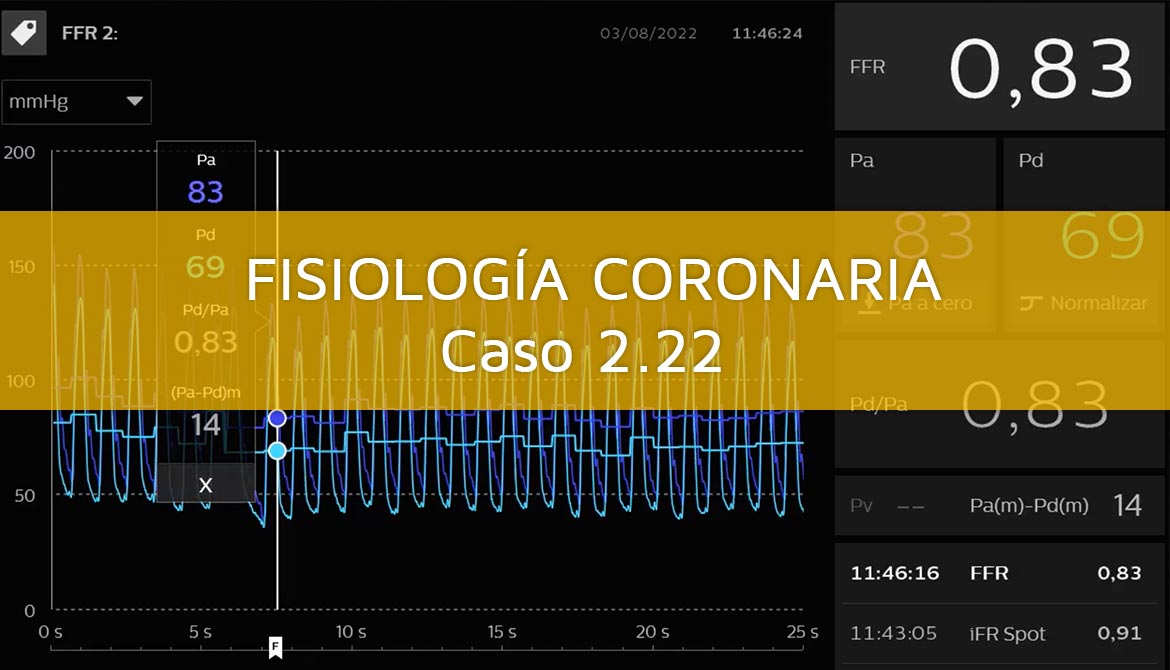 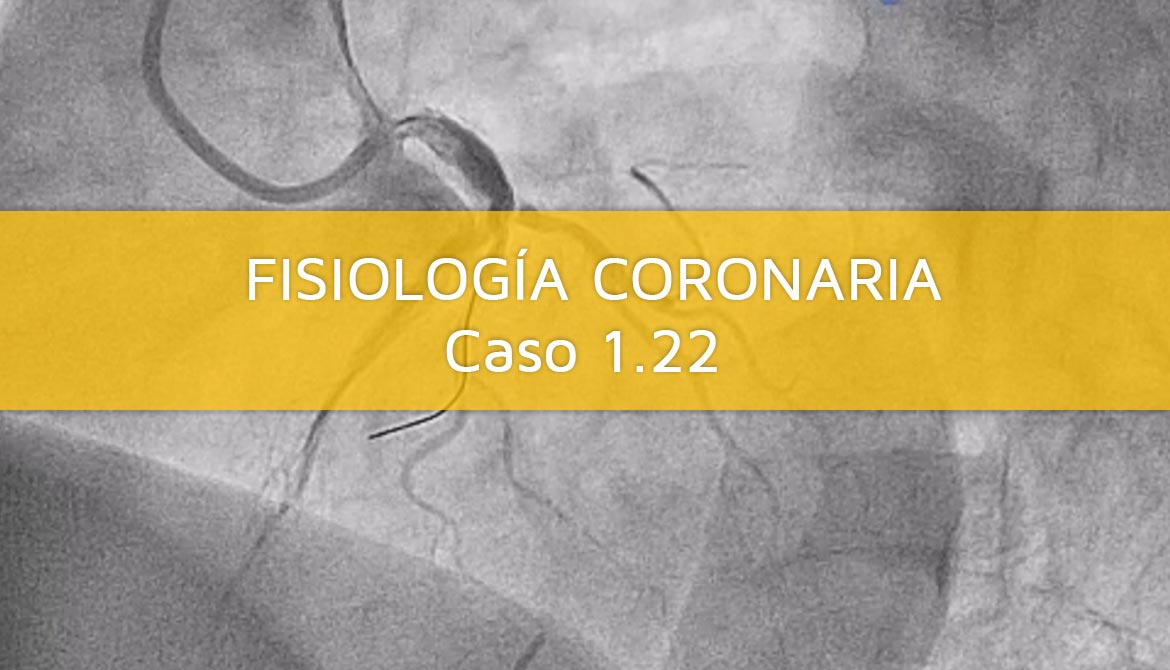